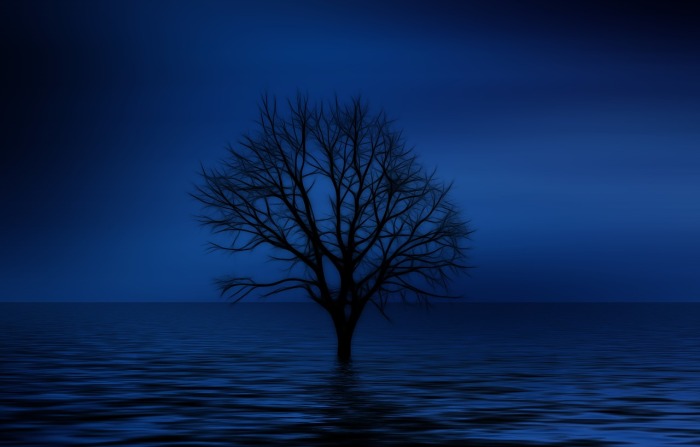 A 17-year-old who survived a suicidal crisis offers a message of hope and healing to others who face depression: Tell someone.

Last fall, a longtime friend’s teenage son suffered the most profound crisis of his life: He became so depressed, he felt certain that he would die by the end of October. He survived because he had the courage to tell his parents, and because they listened and took immediate action.

Last week, he wrote about his experience and posted it to Facebook. His candid essay offers a rare glimpse into the mind of a bright and buoyant young person who was abruptly stricken by despair and found his way back out. And it’s a reminder of the insidious ways that depressive illness twists a person’s ability to reason, no matter how intelligent and self-aware they may be.

He has used his words to the good, and I encourage you to share them widely — especially with young people and their parents.

Here is his message:

Hey, everyone. Most people, including myself, when they see a long post on Facebook, just keep on scrolling through their News Feed. But please do not do that with this post, for I believe that there is much to learn from the story that I am about to tell.

For those of you who know me, you know how I am a pretty happy dude and that I live life to the fullest, which is why this story will come to a shock to many of you.

On September 15, 2015, I wasn’t having a very good day. Nothing bad really happened, I just felt bad. The next day was the same. I had a bad day, but not for any reason. This went on for the rest of the week. More days went by and each got worse and worse. After a couple of weeks, I started to feel really bad about myself. It was really unsettling because I had never felt that way before. Another week went by and I started to hate myself and feel depressed. I started to feel a bit better for a few days and was really happy about it, but that quickly went away. My depression continued to grow and I started having suicidal thoughts. The suicidal thoughts started to occur because my depression was taking over me, making me want to genuinely kill myself.

I had not told a single soul that I was feeling this way and was faking happiness so that people around would not catch on and try to fix things.

My suicidal thoughts and depressive feelings grew more and more, causing me to stop doing schoolwork and things that I previously enjoyed. I even stopped talking to my friends. The worst part about this was that I had not told a single soul that I was feeling this way and was faking happiness so that people around would not catch on and try to fix things.

As the week of October 28 approached, I got really scared of what I thought was going to come. On October 26, I showed my first sign in six weeks of wanting to live. On that day, I dialed the number of the Suicide Prevention Hotline. I wanted so badly to gather the strength to call that number, but the disease inside of me would not let me do it.

October 28 came, and that night I broke down. I yelled at anyone who talked to me, cursed at my parents and brothers, locked myself in my room, and waited to see if I was going to live or die.

That night, my mother scheduled an appointment for me to see my psychologist who I had been going to off and on for seven years. My parents tried to get me to tell them what was causing me to act this way, but I did not have the strength to tell them. I waited up past midnight that night, crying under my covers, petrified because I was positive that I was going to die. When the clock in my room struck midnight, I eased up a little bit and fell asleep.

The next morning I was feeling a little bit better than the previous day because the day that I was so sure was going to be my death day turned out not to be. Once that God-awful day had passed, I knew that I had to tell my therapist what I had been going through for the past six weeks. It was a good thing that I came to this conclusion. I had been constantly denying my emotions as a possible reality because the thought of it just wasn’t right. And if I had not told anyone, I would most likely have killed myself within the next week.

If I had not told anyone, I would most likely have killed myself within the next week.

After telling her what had been going on inside of me for a month and a half, she asked me if I thought that I needed to go to a mental rehabilitation hospital, to which I responded yes. I went to the hospital on October 29, 2015 and was discharged on November 3, 2015.

Going to the hospital really helped me start my rehab process. This was in large part because of the many therapy sessions I had at the hospital, but also because I really benefited from being completely cut off from the outside world and all of its troubles. Excluding the first morning that I was there, I did not feel depressed or suicidal at all.

Over the two months following my trip to the hospital, I was suicidal off and on. I fought my battle against depression with all of my might, and as a result of that, I am proud to say that I’ve been stable for all of 2016.

You may be asking yourself why I felt the need to tell all of you this, so here is my answer: A few weeks ago, a girl from one of the local public high schools near me killed herself. I had no idea who she was, but I had mutual friends with her. Upon hearing of her death, I broke down and fell into a state of guilt because I felt that if she had heard my story of how I overcame depression, she could have been saved.

What many people do not know about depression is that it a sickness, just like the flu. Depression is not something to be ashamed of, just like the flu is not something to be ashamed of. People really love statistics, so I’ll throw one out there about depression: 10% of Americans suffer from depression, so if you suffer from this disease in one way or another, do not think that you’re the only one. That is why I feel comfortable sharing my story with the world.

Honestly, after having gone through such a long stretch of time of feeling depressed, I have a new outlook on life. I no longer take what I have for granted. I am thankful for all that God has given me and for allowing me to fight past the depression and ultimately letting me live, and I thank Him every day for it.

If any of you are feeling anything remotely similar to how I felt, TELL SOMEBODY! Do not let your emotions take over your body! The first step to overcoming this is being honest with yourself and your emotions, but then the second step is telling somebody. You all have so many people who care about you and love you, and you all have so much to live for!

All you need to do is tell that first person, and things will start to get better. I promise!

I ask that you please share my story by clicking the “like” button or pressing “share,” because I want people to learn from my story — to give people who are suffering similar symptoms to the ones that I was having hope for a better future. Because all you need to do is tell that first person, and things will start to get better. I promise!

Thank you for reading this post even though it was super long. I hope you learned something from it and/or received hope by reading this. Have an amazing day!

Please feel free to share your own story, or to post an encouraging message to my friend’s son in the comments thread below.

Unacceptable Loss: Let the call every parent fears — a child’s suicide — be a wake-up call for other parents, by Tina Guidry Patterson (Nashville Scene)