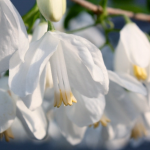 Restoration, After an Autumn’s Killing Heat – After a catastrophic fall and winter, a garden (and its gardener) slowly begins to heal.

“Of course, one day, when you and your tools are gone, the earth will swallow up your work and restore your carefully tended plot to nature’s preferred condition: exuberant chaos.” 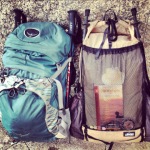 “54. You wave your hands around in dark bathrooms and wait for the lights to come on.” 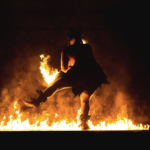 On Writing: You Must Perform the Ritual – A simple guide to Showing Up at the Page and Making Magic.

“If you have not achieved any Writing by this time of day, you must Perform the Ritual: It is now time to sacrifice a goat.”

Ruins, Bomb Craters, and the Question of Mines – Part of a series about Cambodia: On the vulnerabilities of travel and the legacy of war.

“Was I insane to be wandering around in the jungle in a country with more landmines and unexploded ordnance lying in wait than anywhere in the world? A question, perhaps, for the one-armed man.”

Rumors of Rumours Are Not Exaggerated – An increasingly disgruntled series on development and demolition in my ‘hood, with emphasis on why local watering holes matter.

“At its best, a neighborhood bar can become a character in your life story, a repository of plot twists, a constant volley of escalating tales, practiced and perfected.” 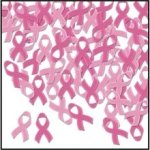 Pink-Ribbon Pushback – Three survivors talk straight about breast cancer: what not to say to a friend with cancer, what it’s like to be “Star-Trek bald,” and why not everyone likes pink ribbons.

“There should be room for dissent in the ranks of women, and of breast cancer sufferers, when it comes to how to feel about pink—whether to wear it proudly or set it on fire.” 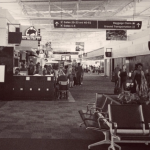 What She Wants Me to Know – At the airport, a Syrian doctor starts a casual conversation that becomes something much more.

“‘We just want to have the dreams,’” she tells me. ‘Like you. Like your friend. But in my country, there is none. Please tell the people. Tell them we are peace.’” 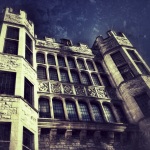 Old School: The Making of Hume-Fogg – In 1983, a few pioneering teachers and students took a chance on each other and a decrepit building in seedy downtown Nashville. What happened next was magical.

“Even a happy high school experience should never be as good as life gets. It should be the inciting incident that moves your story forward, inexorably, to a life of epic intellectual adventure.” 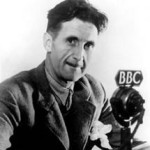 The Tyranny of Language – On Orwell’s classic essay, “Politics and the English Language.”

“What would happen if bills, laws, and the U.S. tax code were written clearly and succinctly? Answer: they’d be less open to interpretation and arbitrary enforcement. And that would make us just a little bit freer.”

Quiz: Are You a Nashvillian? – How much do you really know about your hometown / adopted city?

“You newbies, if you plan on staying, we do ask this: You may have come for love of the New Nashville, but don’t discount the old one. Do bring new ideas and talents — the more the better. But please, also bring your curiosity.” 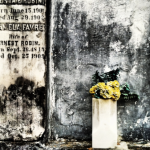 Thinking of New Orleans – Reflecting on Katrina 7 years later, and on the stories we tell ourselves to explain the unexplainable.

“We find ways to blame the stricken, to protect ourselves from the awful possibility that we are utterly fragile, vulnerable, and breakable. That we will die, no matter how well we behave.“ 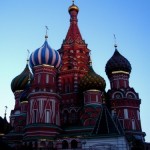 Back in the (Former) USSR – A trip to Moscow after 14 years away awakened old fears and a torrent of recollections. But a tableful of women-war heroes helped to banish the meaner ghosts.

“With a tableful of (women) war heroes, I drank a toast to the disasters life doles out, to misfortunes we all share and must learn to survive.” 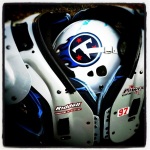 Inside the Titans’ Locker Room: Naked Fear – My initial tries at sportswriting haven’t exactly been home runs. Turns out, all I needed was a little practice.

“All I really want is to show these men the professional courtesy of not staring at them. But it’s a locker room… And every minute or so, the shower doors swing open, and there, just beyond, shines the full glory of The Titans.” 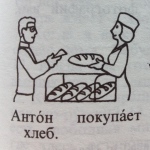 Honest Language Lessons: Русский – In which I explore the idiocy of foreign language instruction and how it could be vastly improved.

“It is bewildering that a text published in 1984 would feature the above unlikely scenario. Why is the shopkeeper smiling? Why is there so much bread available? Where is the queue of exhausted comrades standing behind Anton?” 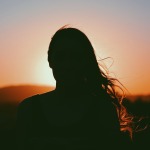 25 Categories of Rape – A Horror Poem and Questionnaire; a quietly outraged response to crackbrained politicians who venture to speak on such matters