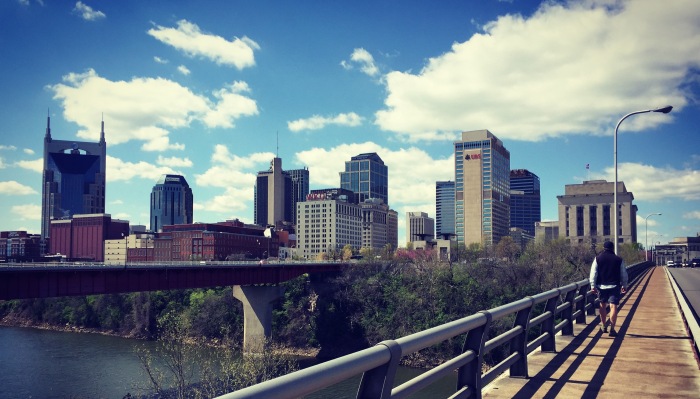 What bridge is Hal crossing in this photo?

How much do you really know about your hometown/adopted city? (Quiz at bottom of page.)

It’s a weird time to be a Nashville native. After decades of being mocked for growing up in some philistine, pig-ignorant backwater, I suddenly hail from a “cool” city. We have a magazine called Native which is stuffed with profiles of people who mostly aren’t. Cranes are the new state tree; the new state book should be How to Get Started in Real Estate Investing, but in fact, our lawmakers have selected a different one. (*That bill was vetoed.) 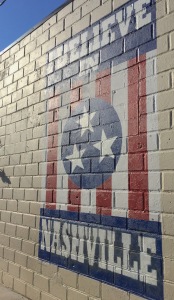 And the jingoistic “I Believe in Nashville” mural around the corner from my house is clotted with queues of exuberant photo-takers visiting from Somewhere Else. (BTW, what does it even mean to “believe in” Nashville? I mean, I’m quite certain it exists.)

But you know what? It’s all good. Newcomers, welcome! Make yourselves at home. Hospitality is what we do, or at least that’s what we want to believe about ourselves (despite some deeply misguided gestures to the contrary). Please do come, bring us your know-how, and make cool things. And Native, please do keep publishing gorgeously art-directed pieces about the cool things people are making.

Hopefully, you newbies are here for the long haul, and not just cashing in — we don’t cotton to that here. So if you plan on staying, we do ask this: You may have come for love of the New Nashville, but don’t discount the old one. Do bring new ideas and talents — the more the better. But please, also bring your curiosity. 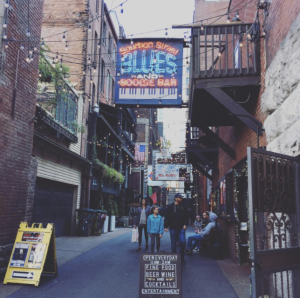 Of course, it’s not only the rookie Nashvegans who need an education. A friend of mine moved here recently to start a professorship at Vanderbilt. She is an inveterate wonderer and asker. One day she said, “Why is Nashville the country music capital of Earth?” I realized that I didn’t really know the details. I guess I’d somehow figured that being a lifelong Nashvillian, the knowledge would just seep into me, somehow.

It doesn’t work that way. Since then, I’ve gone to the effort to learn the answer — which meant reading several books about Nashville’s music history and interviewing a lot of fascinating people who played huge roles in it.

We natives have too often ignored the past — especially the “inconvenient” aspects of it, the uglier aspects that reflect poorly on us: aspects of race and class and LGBT rights and unimaginable human folly. Certain embarrassing ex-mayors. Our demolished architectural heritage.

So let’s not pin all the historical ignorance on the newbies.

Still, there’s an emerging smugness among us born-and-bred Nashvillians. After decades of camouflaging our accents and insisting we really do like all kinds of music, we’ve adopted an air of self-congratulation, that sense that you had to suffer through the sketchy wasteland era of downtown and a Shoney’s Breakfast Bar childhood to truly grasp the wonder of a dinner at Bastion. After all, the truest pleasure emanates from sufferings past. Right?

I don’t know, maybe pleasure is pleasure. And why make this an Us and Them thing, anyway? We Old Nashvillians really do want to get along with our new neighbors (except the ones who park in my yard, that is). And to start these rather fraught negotiations, let us confess to you our fears: We worry that a glittering, über-popular New Nashville could become more style than substance. That its sudden IT-factor might draw an invasion of speculators who’ll bulldoze our municipal treasures with no regard for the time we’ve invested in those old bricks. That our neighborhoods will become soulless, gentrified theme parks we can barely afford. 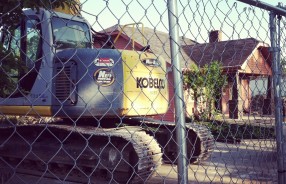 Full disclosure: I’ve issued my share of rants on this topic. I’ve railed against the loss of favorite watering holes and shaken my fist at the backhoes. I did all that ranting because I love being a regular customer — sliding onto my reserved barstool twice a week, recognizing the faces there, and not even having to order, because someone started mixing the usual when I walked in. But now that my neighborhood is a favorite of visiting bridesmaids, I rarely see the same face twice anymore.

Still, I’ve calmed down a bit. First, I had to remind myself that we longtime residents did plenty of bulldozing without any outside help. Also, we’ve got soullessness down already: Please visit our strip-mall suburbs for the evidence thereof.

Besides, there’s too much work to do to waste energy on unstructured curmudgeonry. My feeling now is, pick the important battles, plant some trees, enjoy the view from my deliberately unpolished 12South porch, and let the rest go. 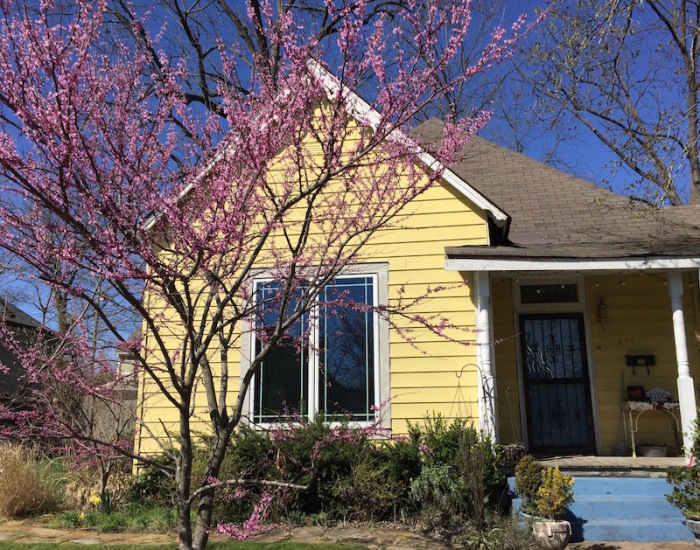 Our role: Keep property values down via controlled deterioration.

For cues on how to manage that, I take as my model the late Jim Ridley, much-loved Nashville Scene editor-in-chief who worked for the paper for his entire professional life and knew this town as well as anyone. He WAS Old Nashville, but he didn’t dismiss New Nashville on principle. In fact, he bear-hugged the New Nashville and any other iteration the city cared to be — so long as the new version was a good-faith attempt at improvement.

His 2015 article about the Belcourt‘s renovation was signature Ridley: nostalgia plus optimism, hope over fear. He was capable of championing his beloved art-house theater while trusting that the best of its traditions would survive an architectural overhaul. See his Scene piece below:

At age 90, The Belcourt mounts an ambitious upgrade that preserves its history while paving its future.

Ridley was capable of calling out craven malfeasance, and he could work up a good mad about the wanton destruction of things worth preserving. But he also spotlighted the good and the great about this little city. I mean, sure — we’re bad at roundabouts. But we’ve got Prince’s, Robert’s Western World, Parnassus, and Becca Stevens! What other city can lay claim to all that?

Sure, I’m still a little mad about some of the things we’ve lost. I miss the Old Nashville. But I see no reason to panic, or to close my mind and heart to the New One.

And then, just when I’m at max irritation with Draper James shoppers, somebody in the neighborhood does this:

A neighbor’s welcoming message to the Islamic Center on 12th

What I would ask of you newcomers, AND of us longtime residents, is for folks to do the damn homework. You can’t respect a history you don’t know. I’m guilty, too — there are huge gaps in my knowledge. But I’m up for the challenge of filling them.

Here are a few ideas for how to begin a remedial course on Old Nashville. I welcome your additions and recommendations. Also, feel free to post quiz answers in the comments thread. (And if somebody buys me a cocktail, I’ll post an answer key.)

Susannah Felts’ essay on the ghosts of Nashville past

Any history article by Betsy Phillips (scroll down for nonfiction)

Anything whatsoever by Jim Ridley:

“All those years of dashed hopes vanished the second they hit that first note like a blindfolded man flipping off a firing squad. The band members looked stunned at the intensity of the response. They wrote their names in fire that night. They split atoms.”

Air Castle of the South: WSM and the Making of Music City, by Craig Havighurst

Strong Inside: Perry Wallace and the Collision of Race and Sports in the South, by Andrew Maraniss

Speak Now Against the Day, by John Egerton (+ his writing on Southern food)

A Shot in the Dark, by Martin Hawkins 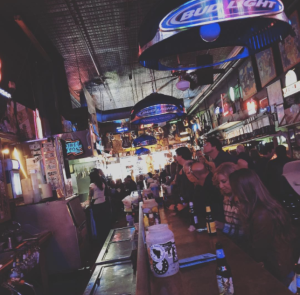 Movers & Thinkers, Episode 6: Guardians of the Past (Emily Siner, WPLN)

What’s Behind Nashville’s Transformation from Foodie Desert to Foodie Destination? (me, WPLN)

Go see Doyle and Debbie mock all of it, with style. 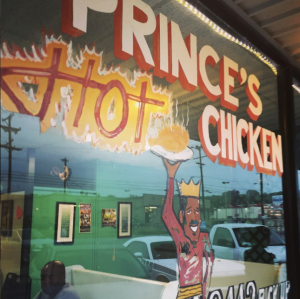 And now for the quiz:

Award yourself a point for each question you can answer correctly without Googling it. Or, just Google it and learn. 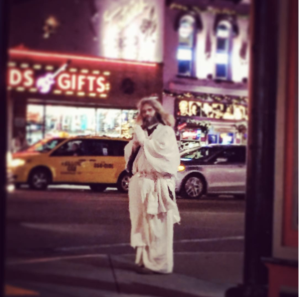 Who will save Lower Broad?

40+ — You are a Nashville Old Soul. You’ve jammed with Floyd and Boots at the Carousel Club and gotten trashed with Skull. You can visualize the entire scope of Briley Parkway and the various Old Hickorys.

30-40 — You are a veteran Nashvegan. You’ve jammed with Tom T. at his place and gotten trashed with Steve Earle. You know the precise lines of demarcation between White Bridge, Woodmont, and Thompson Lane. 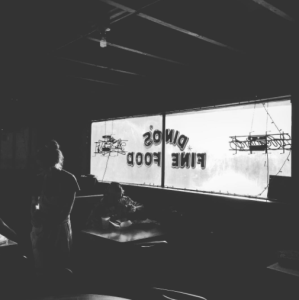 20-30 — You’ve been here long enough to remember 12South before the taco places. You used to sing karaoke at Santa’s Pub and get trashed with Santa, before the college kids took over. You can drive straight to Trader Joe’s without ever getting on Hillsboro Road.

10-20 — You live here now. You are learning to play the chords to “Record Year,” and you once got trashed with some dudes you met at 3 Crow. You know three discrete driving routes from Imogene + Willie to Barista Parlor. Two of them are by interstate.

<10 — You are staying in an Air BnB. You just took your first guitar lesson and are thinking it would be cool to get trashed at Dino’s. (Which you’re pretty sure is on Gallatin Pk — or wait, maybe it’s Main St!) You are a Lyft driver who relies exclusively on Waze to reach your destination. 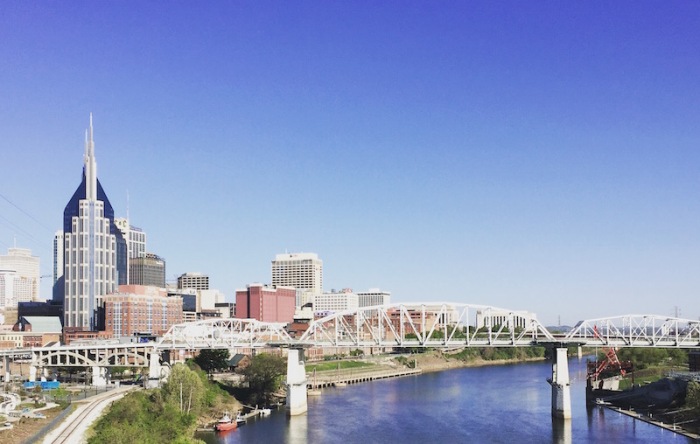 From which bridge did I take this photo? 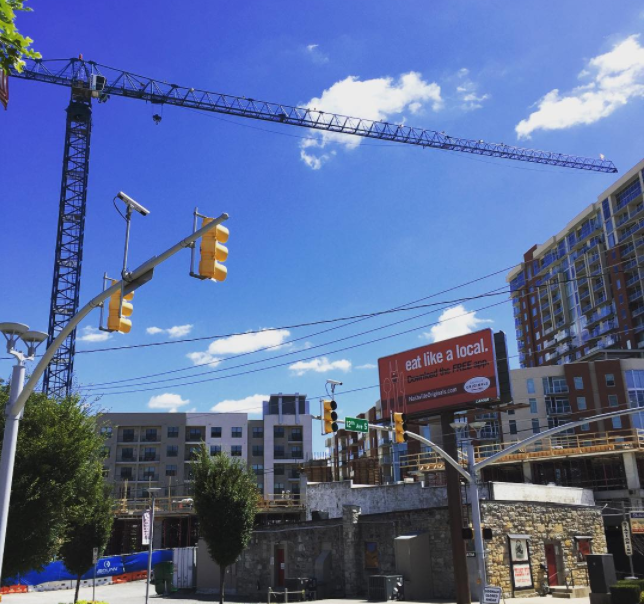 Can you name the iconic music venue huddled beneath this attacking crane?

4 thoughts on “Quiz: Are You a Nashvillian?”