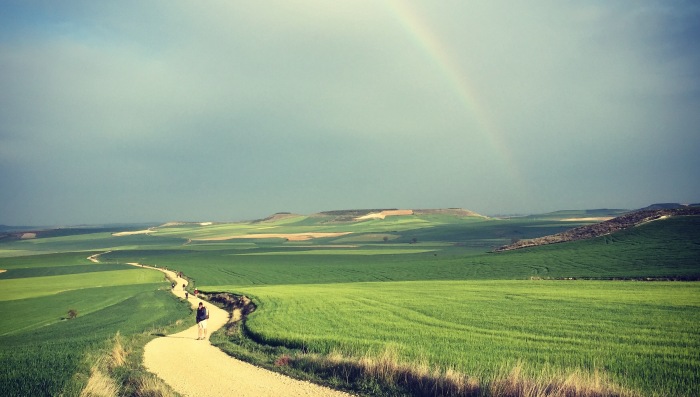 For more than 1,000 years, the faithful have made pilgrimage to Santiago de Compostela in northwestern Spain to pay homage to the bones of St. James. Today, the Camino de Santiago, or “Way of St. James,” is surging in popularity again: In 2015, more than 250,000 pilgrims received a “Compostela,” a certificate of completion of at least 100km of one of the routes. That’s up from 4,900 in 1990. And after Pope Francis declared 2016 a “Holy Year of Mercy,” the Camino was more crowded than ever, with upwards of 277,000 pilgrims on The Way.

Many pilgrims walk for religious or spiritual reasons; others (like me) are just looking for an unforgettable experience and a nice long walk. Twice now, my husband and I have hiked the Camino Francés—the popular 800-kilometer route from the French Pyrenees to Galicia. We were lucky. Because we didn’t harbor impossible expectations for perfect health, constant bliss, or blinding flashes of enlightenment, we got everything we wanted from our Camino: profound new friendships, stronger legs, and a repertoire of stories—of our own injuries, errors, and misadventures.

That said, the lessons we learned (the hard way) in 2013 made our 2015 pilgrimage all the better. Here are a few of those lessons:

By all means, prepare for the journey: Research backpacks and hiking shoes. Break in your boots and toughen your feet. Study the legend of St. James, the cultures of Basque Navarre and Galicia, and cathedral architecture—whatever interests you. Knowledge will feed your fascination and deepen your experience. And racking up mileage in advance will harden your body to the rigors ahead and mitigate some of the aches and pains.

Once you’re on the trail, there’s really no need to plan. Some pilgrims reserve rooms in advance; I’d argue that, at least for me, too much planning misses the point: to forget the anxieties of everyday life and live day to day. There’s no freedom quite like matching strides with a new friend and ending up wherever you end up. One way or another, you will get a bed for the night.

Besides, injuries and illness can befall even young and fit pilgrims. You’ll want to keep your schedule flexible, in case you need time to rest and heal.

Even if all you can manage is “hola” and “gracias,” use your words—your Spanish ones, that is. Don’t worry if your accent is outrageous. Engaging with someone in their language, even comically, is exactly the kind of humbling experience you came here for.

For bonus points, learn a few greetings in Basque and Gallego. That’ll bring a smile to folks in Navarre and Galicia. 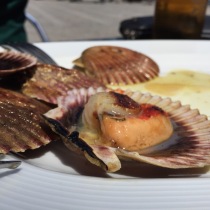 Unfortunately, cafés in Camino villages don’t have to serve quality fare. We pilgrims are not repeat customers, and we’re a captive audience. So a cynical restaurateur can serve us crap on toast, and we’ll pretty much have to eat it.

That said, there are wonderful eateries along the Camino, run by folks who have made pilgrim care their life’s work. Ask locals for a recommendation. Look for places offering something beyond the standard “pilgrim’s menu”—a three-course meal available in most cafés, with little variety.

Learn the regional specialties, and try those dishes. You’ll most likely get a respectful nod from the waiter and a better meal than the predictable pilgrim fare.

4. Don’t be the Ugly American.

At a train station in Hungary decades ago, an American leaned into the ticket window and shouted, “DO YOUU SPEAK ENGLISHHH?”

Americans aren’t the only tourists who act like entitled dolts on occasion. But thanks to a vocal minority, we have a reputation to live down. Get comfortable with the fact that things in Spain aren’t going to be like they are at home. You won’t be able to shop at the village pharmacy during siesta. Dinner may not be served until after 8pm. Relax! You’re in Spain. Take a siesta. Dine late. 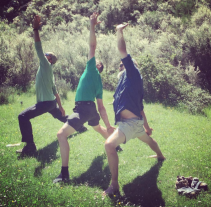 You are not required to break any land speed records across Iberia. You’ll meet some pilgrims who view the Camino as a race. Where and when did you start walking? is generally the question that follows “Hello.”

Do not buy into the pressure to compete. I injured myself twice during my first Camino; both bouts of tendonitis set in when I sped to keep up with stronger hikers. Both times, I had to take a day off to heal swollen ankles. My body was sending me a message about my limitations and advising me to slow down.

On my second Camino, I listened. When a friend walked faster than I could, I told her I’d see her at the next café. On many days, I arrived hours later than our new companions. But I always arrived, and my ankles were the healthier for it. Even though our paces were different, in the end, our little tribe walked into Santiago together, arm in arm.

After walking fifteen-plus miles in heat or drilling rain, when your socks are soaked and your blisters are pulsating, it’s tough to think outside the pain bubble and remember that other people exist.

But when you limp into the albergue (a cheap pilgrim hostel, often run by churches or municipalities), remember that the person checking you in (a “hospitalero”) is probably a volunteer. You’re not a customer in the strictest sense; you’re a supplicant asking for hospitality. So no matter how exhausted you are, and how disappointed you may be to hear that there’s no hot water or wifi, don’t take it out on the hospitalero.

For my last Camino, on a whim, I packed a baggie full of very small gifts to offer as a “thank you” to hospitaleros whose job it is to deal with us filthy, grumpy hikers. Several of them were astonished, and told me that no pilgrim had ever given them a gift. In return, I received lots of hugs and even some tears—which made the negligible extra weight worth carrying.

On my next Camino, I’ll definitely carry more. 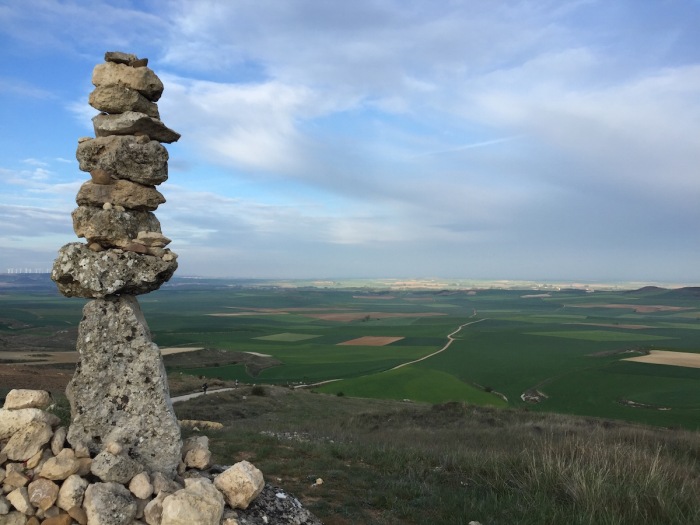 2 thoughts on “Hard-Won Lessons for Our Second Camino”