First day in Phnom Penh: my morning stroll took me to the Royal Palace, where hundreds of mourners gathered to remember the former Cambodian king, Norodom Sihanouk. 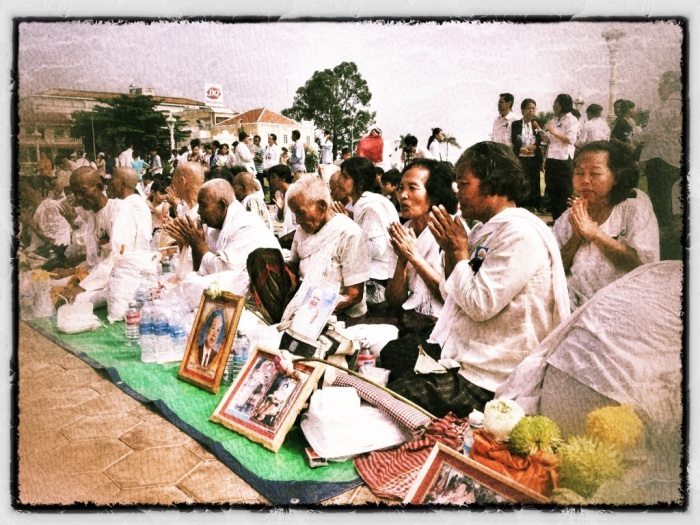 All night, TV had been showing parades and prayer vigils, mourners dressed in white shirts and black pants or skirts, offering lotus flowers and lighting incense. Many of them were weeping– usually older people who better recall Sihanouk’s long reign.

So when I noticed the groups of black-and-white clad people carrying white and pink lotus blooms, I put on black and white and followed them.

Here is the scene I found: 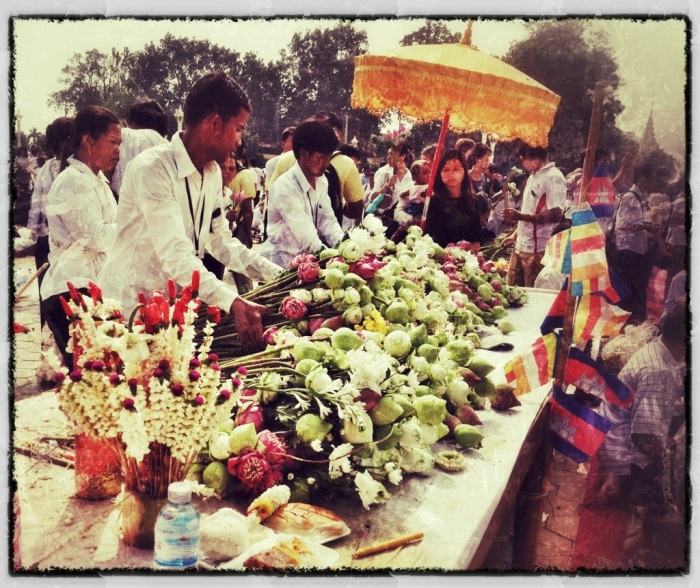 Monks and nuns chanting and praying, mourners offering flowers and incense, students carrying banners, women selling lotus blossoms along the road, women giving away black ribbons. An older lady giggled as she pinned one on my shirt. The chants were mesmerizing, the incense so thick it burned my eyes. 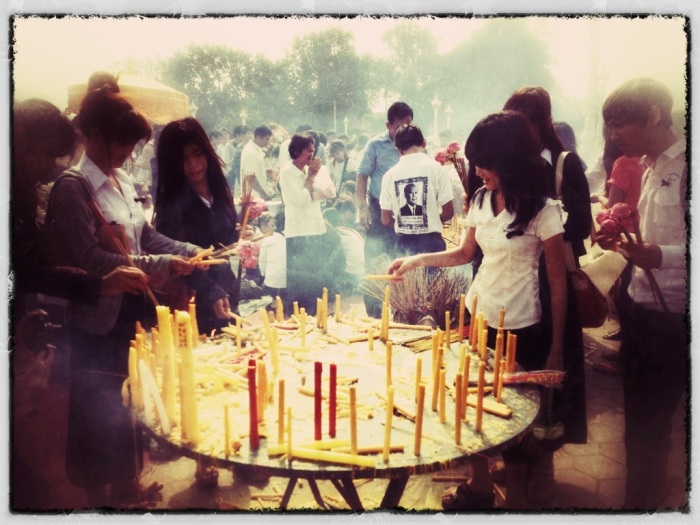 I’d been reading lots of Cambodian history to prepare for the trip. I wasn’t expecting this kind of wholehearted outpouring of affection for the former king, whose political wiliness kept him alive and often in power through decades of upheaval. He maneuvered his country free of colonial rule but made the fatal mistake of aligning himself with the Khmer Rouge after he was ousted by a coup. Fatal not for him, but for 1.7 million Cambodians.

But Cambodians I’ve talked to are forgiving. He meant well and made mistakes, they say. And now, the nation mourns him and worries about their future, under a dictator who was once a Khmer Rouge fighter. (For a great local view of Sihanouk’s legacy, read this excellent post on Blue Lady blog.) 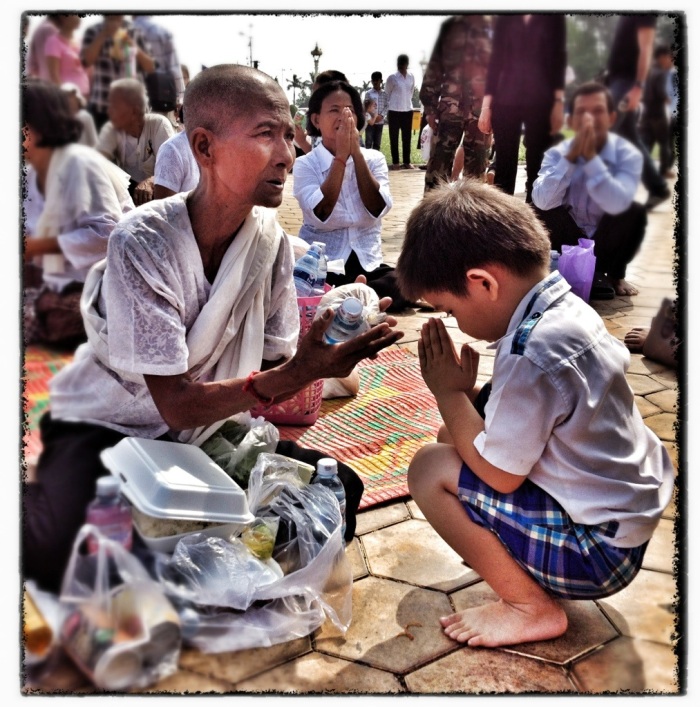 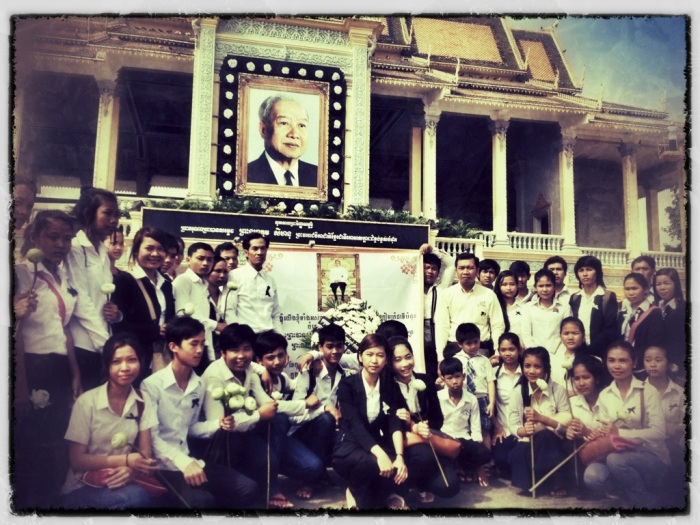 Addendum: At a lively street food stand in Kompong Thom Monday night, young girls passed around a grainy photocopy which proved that King Sihanouk’s visage has appeared in the moon. Have heard a great many “The King in the Moon” mentions since then, on TV and in the village where we stayed last night. He still watches over us.