You want mountains? Try these on for size:

I first laid eyes on the Tetons more than 20 years ago, with the same travelling companions I mentioned in my last post. (The Wyoming trip, in contrast, went splendidly and remained disaster-free—thanks, Guys!)

We drove from Northern Colorado, traversing what seemed like a thousand miles of Wyoming monotony, all in browns and golds. And then, POW! There were the Tetons, miles of rock blasting  out of the sere plain, impossibly monolithic.

THOSE, I thought, are mountains. I can’t help but think that the majestic and oft-photographed Cathedral Group inspires that reaction in most folks, on seeing it for the first time: the sense that you’re looking upon some Platonic ideal of what Mountain should be, that Middle Earth  contained such mountains, roamed by dwarves and orcs and perhaps even Sméagol himself.

Geologically speaking, these mountains are youngsters, apparently, having heaved themselves skyward a mere 6-9 million years ago along the Teton fault. What’s astonishing about these big rocks is the absence of foothills on the eastern side, where the fault line lies. As such, an eastern approach gives you the full force of the Teton Oh-My-God Effect; the range soars 5-7,000 feet above the valley beneath, with no rolling hills to obscure the view.

See? No foothills up in here.

This summer’s annual excursion with Hal’s parents brought me to the Tetons again for the first time in two decades. But for me, just looking at mountains from the car won’t cut it. I’m not physically capable of mounting an ascent, but I at least need to get myself a few miles into some wilderness or risk a recurrence of the ridiculous mountain dream.

So Hal and I set out on an easy 7-mile hike to Phelps Lake, on the southern edge of the park, just before first light. 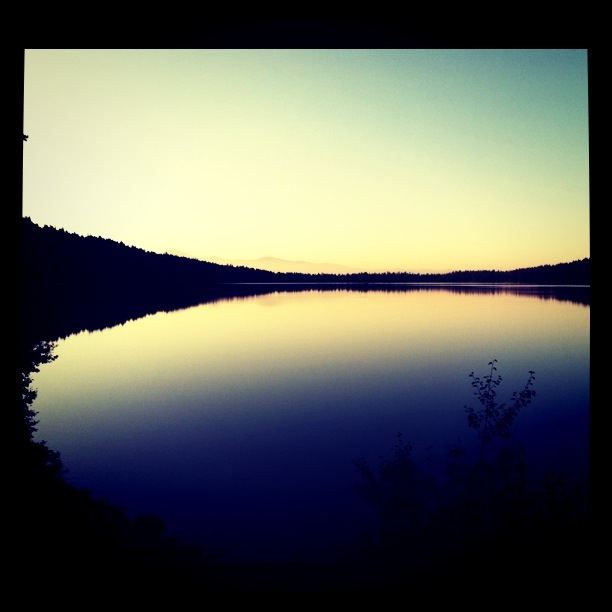 We saw no evidence of humanity except a single pair of backpackers, just waking. Alarmingly, we encountered lots of fresh, juicy and bear scat (infused with berrylike material) along the trail. (Ummmm, should we have sprung for the $50 can of bear spray?*) No direct ursine encounters, fortunately—just magnificent views, utter quiet, and a mad rush of that feeling I love so much: burning lungs and legs, complete isolation, eyes full of impossible loveliness. 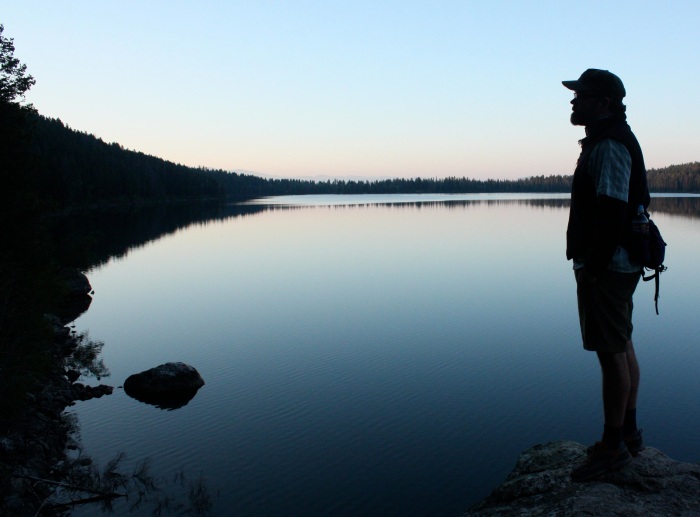 *note: A Jackson Hole local told us that some lady once sprayed her kid with bear spray, thus putting him in the hospital. Thinking it was bear repellent, apparently. This could be urban myth, but I like it anyway.

5 thoughts on “Journeys: The Tetons”

Leave a Reply to A Morning Grouch Cancel reply