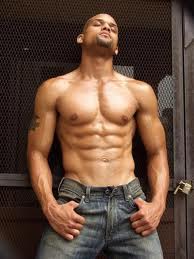 Last spring I posted about Hal’s and my harebrained “Let’s get in shape real fast” scheme, buttressed by a 60-day DVD workout plan called “Insanity.” And insane it was: six days a week, for forty to sixty minutes a day last April and May, we slid a disc into the computer and bounced, heaved, and sweated in unison on the back deck, urged on by the hip-hop-flavored stylings of Shaun T.

In a word (or two), it hurt. Bad. The first week could be be summed up with a series of images:

1. Me, on all fours, shaking with dry sobs as Shaun T performs inhumanly fast pushups and shouts, “One! Two! Three! Four! Five!…” on the accursed video.

2. Me, climbing gingerly out of bed and enacting the Zombie Walk across the bedroom, unable to motorize at any basic level without sending starbursts of electric pain through all musculature.

By far the most enjoyable aspect of the Insanity lifestyle was:

1. sitting on my @$$ and talking about it to other people after the workout was over; and

In my initial “Insanity” post, I wondered whether the whole health thing would turn out to be a passing phase with us or would actually kick start a permanent, maintainable change in lifestyle. Answer: still up for grabs, but I will say that Insanity’s nutrition guide may well have done lasting damage to our previous eating habits. I found that eating smaller meals of around 3-400 calories each, 4-5 times a day, suited me better and made me feel more energetic throughout the day. And my tastes and cravings changed: the idea of a big, eggy diner breakfast, which I used to love, sounds kind of nasty to me now; instead, I wake up wanting, actually wanting a small bowl of plain Greek yogurt with berries, almonds, and cinnamon.

And when I do splurge, calorically speaking, I want to make it count. It’s gonna be something damn good, like the croissant French toast at Marché or a chorizo torta at La Hacienda. Not a bag of potato chips.

Click the photo for a photo gallery of the race

The exercise part of the story has certainly lasted through the summer. Last spring, we signed up for a ridiculous race (fraught with neck-deep mud and boot-campish obstacles) called the Warrior Dash, scheduled for the last day of the 2-month Insanity plan.  (I did a silly and fun radio story on that race for NPR’s “Only a Game,” which you can hear at this archive. Scroll down and click “Warrior Dash.”)

There’s nothing like the motivator of possible public humiliation to keep you showing up for your workouts, and the Warrior Dash served that goal well. Those two months before the race, we probably missed 3-5 workouts total, and the idea of stumbling across the finish line, mud-encrusted and dead last, was a strong factor.

But we wanted more. After the Dash and the initial burst of Insanity passed, some friends invited us to join them for a short team triathlon in Chattanooga at the end of the summer. Because the reality of the race seemed so distant to me back in May, I agreed to accomplish the swim leg of that race.

I can barely swim. Hate putting my face in the water. Hate water in my ears. Hate those stupid rubbery swim caps.

More fear of public humiliation, fortified by the danger of death by drowning, also proved a strong incentive. In early July, I met with a very kind swim coach who watched me attempt the crawl one early morning. He put in a strong performance, struggling admirably to prevent a look of terror and revulsion from creeping across his face. After a few days’ work with him, and about 7 weeks of swimming 3-4 times a week, I could manage a decently graceful, if laughably slow, freestyle/crawl for 1200m worth of laps in the 50m pool.

In the end, I managed the 400m openwater swim with a certain amount of anxiety (OK, quite a lot of anxiety) but no actual full-on panic. My goal was to 1. complete the race; 2. not have to be rescued; and 3. as a bonus, not come in last. Despite a fraught moment in which I tried to swim to the wrong beach, I met those three goals. Some poor sods actually came in behind me. But not many.

Takeaway messages: it’s hard, for me at least, to maintain frequent exercise as a part of my life so long as it feels like a chore. When it becomes a game, a contest, a social engagement, I find myself willing to get up before sunrise and show up at the gym/pool/park. Signing up for silly races with Hal makes workouts seem like a mini-adventure with a purpose, and meeting my friend Carrie at the pool or Liz for a jog first thing becomes something I look forward to and don’t want to miss.

What about results? people always want to know. Infomercial time: Hal lost 25 lbs and has kept them off pretty easily. For me, results are less tangible. I lost, maybe, around 5 lbs or so, and can see very small differences in my body shape. I certainly started seeing definition in body parts heretofore ill defined or altogether absent from dictionaries of any kind.

But more than that, I like the almost sub-manic energy I feel when I’m exercising and eating well, and I like how that makes me want to get lots of writing done and finish the laundry and do the dishes. I like the happy neurotransmitters that get released, it seems, after a good run. And I like to think of myself as an athlete, an active person, even a bit of an adventurer…even though I’ve had to retire from Ultimate frisbee thanks to 40-yr-old, achy knees. I still want to be able to hike up a mountain in 10 and 20 years, go for long walks, and work for hours in the garden without straining my back and neck.

To some extent, getting old is a decision (apart from a certain amount of genetic luck and the whims of mortal fortune, of course). And I’m not ready to do it just yet. So if anybody wants to hit the Ganier Ridge Trail at Radnor sometime soon, give me a shout. I’m so there.

One thought on “Warrior Dash Insanity”