My first night in Stung Treng, I walked out of my hotel room expecting to find a sleepy river town, quiet under a starry sky. Instead, I found this: 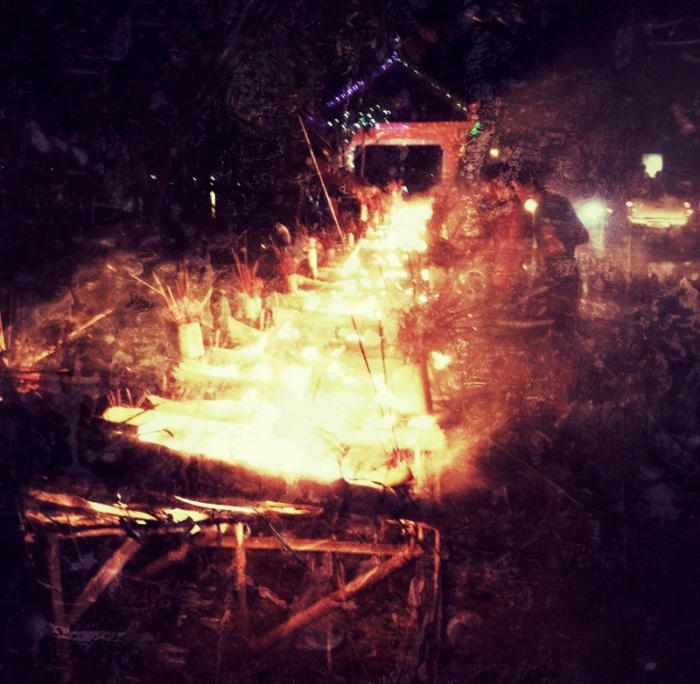 Stung Treng is a smallish town in northeastern Cambodia, not far from the old Ho Chi Minh Trail and the Lao border. It took us 9 hot, teeth-rattling hours to drive there. A twitchy longtime expat who runs a cafe in Kratie, a town along the route, reminisced with Chantha about the bad-ol’ days, when unpatched bomb holes and banditry rendered the route impassible for all but the hardiest and most determined.

The scenery out the dusty windshield shifted gradually, from the harried pulse of Phnom Penh and its outskirts to shimmering rice fields and towns with shining pagodas, to the somber, too-orderly grid of rubber plantations, and finally, to dust-choked scrubland with a few rickety huts carved out of the landscape. Chantha, a fearless but measured driver, veered around all manner of slow, northerly-moving humanity and livestock, from motos carrying impossible loads of people, goods, and animals to oxcarts that seemed centuries old. Oncoming traffic always seemed larger and faster, somehow; and it never seemed to alter course or speed, despite many sphincter-constricting near misses.

After traversing so much end-of-the-world remoteness, it was magical to land, that night, in the midst of such happy revelry: teens cruising on motos; fireworks roaring into the night sky; a table aflame with incense; monks chanting their eerily beautiful blessings over loudspeakers; families at the riverbank, launching paper boats filled with candles; the wide Sekong, sparkling with tiny lights drifting by.

The toylike boats were to carry away the spirits of people’s deceased ancestors, Chantha explained. Their families had summoned them from the gates of hell a few weeks before, during the Pchum Ben festival, she said, and now it was time to send them back in style. The scene was utterly lovely, and I lost myself in the scrum of bodies, watching the sky, listening to the singsong of ancient Pali, the swell of laughter, the pop-pop-pop of bottle rockets.

The specifics were as foreign as any sights and sounds I have ever seen or heard; but the thing itself—dads holding babies, teens flirting and giggling; families praying—was familiar, universal, and human, in a way that makes even the remotest place feel like the center of the world.

Because this sleepy little main drag on the Sekong River may be incredibly far away from my home; but for a few hundred or thousand someones, it’s the only home there is. 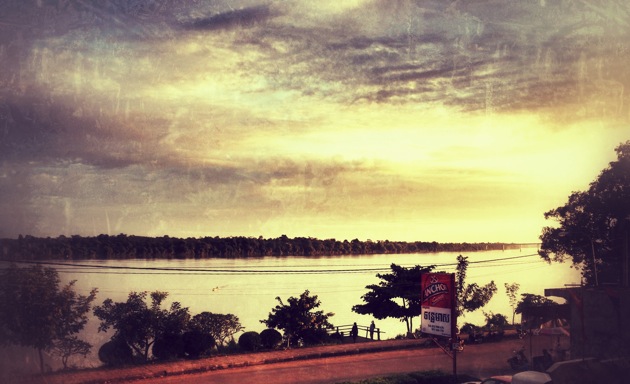