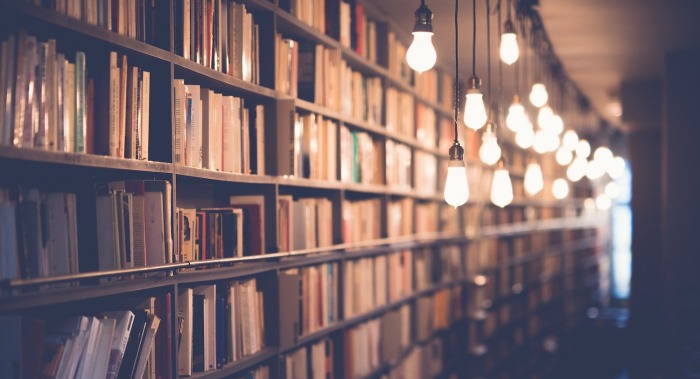 My 2019 resolution was to take a deep dive into true crime nonfiction and mystery novels, genres I’ve long neglected. I had so much fun with it, I’m pretty sure I set a personal record for sheer word count consumed. (If you’re curious, you can see my Goodreads list here.)

Below is an overview of my year in crime reads. Although I’m generally averse to criticizing books (because writing is HARD, and kudos to anyone who completes a manuscript at all), I’ll share a few thoughts on what I loved, liked, and didn’t quite get.

The year opened strong with two astonishing true-crime audiobooks: Bad Blood: Secrets and Lies in a Silicon Valley Startup by John Carreyrou, the story of how Theranos’s crazy founders pretended to invent something and scammed investors out of billions; and I’ll Be Gone in the Dark: One Woman’s Obsessive Search For The Golden State Killer, the late Michelle McNamara’s memoir of devotion — to tracking a notorious serial killer. Both recommended.

Inheritance, Dani Shapiro’s recent memoir, is a quiet detective story of what happens after a DNA test reveals that her father is, in fact, not. The mystery plays out not only in who is her biological father, but in what comprises identity itself. And Susan Orlean’s The Library Book, an arson mystery that never really gets solved, is a lovely reflection on libraries and books themselves.

I’m closing the year with Patrick Radden Keefe’s highly acclaimed Say Nothing: A True Story of Murder and Memory in Northern Ireland. The hype is justified. Keefe unspools the murder mystery and the history of The Troubles so seamlessly, you hardly realize you’re learning an actual world.

In fiction, there’s more ground to cover. Two novels with mysteries at the core were highly touted but didn’t win me over: In Where the Crawdads Sing, by Delia Owens, a young woman who lives alone in a swamp is accused of murder. I found the plot implausible, but a bajillion readers disagreed. I know, I’m a crank with no heart. And Michael Ondaatje’s novel Warlight, in which a young man suspects his mother may have been a spy, struck me as tortuously slow. Critics and readers did not concur. I was also mildly disappointed by Alan Furst’s recent spy novel, A Hero of France. I’m a huge Furst fan, but this one felt phoned in, more formula than fun. I dunno, maybe I was just grouchy that day.

In the category of contemporary authors writing on behalf of legacy literary estates, Ace Atkins gave Robert B. Parker fans what they craved in Old Black Magic, the latest novel starring PI Mike Spencer. And Lawrence Osborne ably channeled an elderly Philip Marlowe chasing one last mystery in Only to Sleep.

I dove into several detective series this year: I didn’t fall wildly in love with the first installments of Sara Paretsky’s V.I. Warshawski series or with Laura Lippman’s Tess Monaghan, but I found them intriguing and promising — and even inspirational — as first tries at series characters. I’m pretty sure the tough female PI protagonists will grow on me. Lippman’s mastery of the form was more evident in Sunburn and Lady in the Lake, two recent stand-alones.

The latter has landed on a lot of best-of lists this year, and I can see why. Lippman’s shifting limited POV approach, which includes the victim’s voice in this novel, is a bold style choice — one she executes very well. My main question is, how does the woman get so much writing done?

I enjoyed the first Maisie Dobbs mystery — it was light and cozy, and I’ll probably read more of them. And I tore through all four of Robert Galbraith’s (aka J.K. Rowling) Cormoran Strike novels as audiobooks and then watched the TV adaptations immediately — a guilty pleasure that left me craving more NOW. But although I was intrigued by March Violets, the first of Philip Kerr’s Berlin Noir series, the world and persona of Bernie Gunther left me feeling … I don’t know, forlorn? I did enjoy the pace and setting of The Ranger, the first Quinn Colson novel by Ace Atkins. As a Southerner, I appreciated the familiar world of rural Mississippi — bleakness, poverty and all.

Some of my favorites this year were by Tana French: The Witch Elm (a stand-alone) was utterly gripping, and the two I read from her Dublin Murder Squad series (In the Woods and The Likeness) kept me guessing and turning pages. (And yes, I’m mostly enjoying the Starz series based on those two, although their choice to combine the novels was perplexing.) French is a master of the unreliable first-person narrator who feels real and human and also completely blinded by his/her own personality disorders. My one beef is that she refuses to give us a tied-in-a-bow ending — which is absolutely her right — but damn, sometimes I just really want one. Still, I will eventually read all of these. Tana French’s ambiguous finales may leave you a little bereft, but her books feel weighty and unforgettable in a way most genre novels aren’t even trying to be.

Last but not least, how did I get this far in life without reading Raymond Chandler? Insane. The audiobooks of The Big Sleep and Farewell My Lovely, read by Elliott Gould, kept me from accomplishing anything for several days and made me deeply happy. These are essential reads for all PIs — and for any serious student of crime fiction.

The Painter, by Peter Heller — The idea of artist-as-amateur-sleuth is appealing, and the author’s experience as an avid outdoorsman comes through in the fishing scenes.

Paper Ghosts, by Julia Heaberlin – An intriguing set-up, with a murder victim’s sister driving around Texas with the man she suspects of the murder. The Texas countryside is a character in its own right, although at times this one felt a little slow and bleak to me.

The Wife, by Alafair Burke – I don’t love this category: psychological thrillers with unlikeable, untrustworthy female protagonists. But Alafair Burke is a strong storyteller in her own right — it can’t have been easy to follow in Dad’s footsteps.

Luckiest Girl Alive, by Jessica Knoll – It’s impossible to ignore the backstory of this one: magazine editor sells debut novel for astonishing figure, and then sells movie rights — then reveals that the gang rape at the center of the story was adapted from an experience she had in school. I didn’t love this novel, but I admire the guts it took to write it — and then to share the personal history behind it.

My Sister, the Serial Killer, by Oyinkan Braithwaite – A stunner of a story idea, well played. Less a who or a whydunit than a tale of sisterly love, and the many strange turns it may take.

The Perfect Nanny, by Leila Slimani – Punches you in the face from the opening sentence and never quite lets up. A whydunit with no simple answers, and a lot to say about parenting, social class, and the illusion of safety.

Miracle Creek, by Angie Kim – A stunning debut novel that’s part psychological thriller, part courtroom procedural. Kim, a former trial lawyer, knows her stuff — both in the legal details and the lives of Korean immigrants making their way in a country that never quite feels like home. Fascinating premise, beautiful writing.

The Mars Room, by Rachel Kushner – Not a whodunit exactly, but the book is slow to reveal who and why the main character has killed to land herself behind bars. Effective as a portrait of prison life — and of the many things that can go wrong when you’re poor and female in the world.

The Feral Detective, by Jonathan Lethem – Weird and intriguing premise. There’s no doubt Lethem is a masterful genre stylist, but I just didn’t fall for this surreal story of warring desert survivalist communities. The young journalist-narrator didn’t quite feel like a real person to me, nor did the laconic detective.

The Silent Patient, by Alex Michaelides – The fascinating opener lured me to this book, which has gotten a ton of attention. For me, this is a case of the premise and hype being far superior to the execution (look, a murder pun!). Kirkus, unfortunately, agrees.

I know what you’re going to say: Elena Ferrante’s Neapolitan Quartet is not a detective series. I’d counter that the novels are riddles wrapped in mysteries inside enigmas: The first book, My Brilliant Friend, opens with the narrator, Elena Greco, writing about the sudden disappearance of her best friend Lila, after sixty years of friendship. Where has Lila gone, and how has she managed to vanish so completely? And why, we readers would like to know, is Elena incensed instead of concerned?

The novel rewinds to address the latter question, by telling the story of their friendship. The girls grow up together in a squalid Neapolitan neighborhood controlled by a family crime syndicate. One escapes the slum; the other doesn’t. By book four, The Story of the Lost Child, both are grown women, and Lila’s daughter vanishes without a trace from the street.

Neither of these mysteries is ever solved, nor is the mystery at the center of the novel: Who is Lila really? Although Elena Greco is closer to Lila than anyone else on earth, she’s never sure she can trust her — or, for that matter, herself. This is unreliable narrator in its finest form: as a literary masterpiece. I tore through them all last spring and loved the HBO adaptation. Although I admit: the ending left me feeling vaguely sad and unsatisfied, like a filmstrip that burns up before the movie is over.

And now for my favorite 2019 read in all categories: Disappearing Earth, a gorgeous debut novel by Julia Phillips. At the novel’s center is the abduction of two little girls on the Kamchatka peninsula, in Russia’s Far East. The novel structure may drive some people crazy, but I loved it: Each chapter is like a separate short story, featuring characters connected in some way to the abduction. The stories spiral inexorably toward the mystery, for a finale that feels at once surprising and perfect.

I read this book last June while zooming around Cambodia in a van. The story so captivated me that the tropics vanished, and I was swallowed by a remote landscape of sea, volcanoes, and snow. I wondered how Phillips had managed to conjure the place, and her Russian and Even characters (a native Siberian people), so well, so I asked her that at a book signing last summer. She explained that she’d lived and studied in Kamchatka, and had spent time among Even reindeer herders — a thorough investigation of place and culture, of exterior landscapes, daily mundanities, and interior worlds. The result is nominally a mystery novel that’s also an accomplished work of literature.

Supreme thanks to Denver PI Colleen Collins and to Jennifer Brannen, librarian extraordinaire, for their excellent recommendations. Please add your own suggestions in the comments! I wish you all a happy 2020 of many good books.

A version of this article first appeared in Pursuit Magazine.